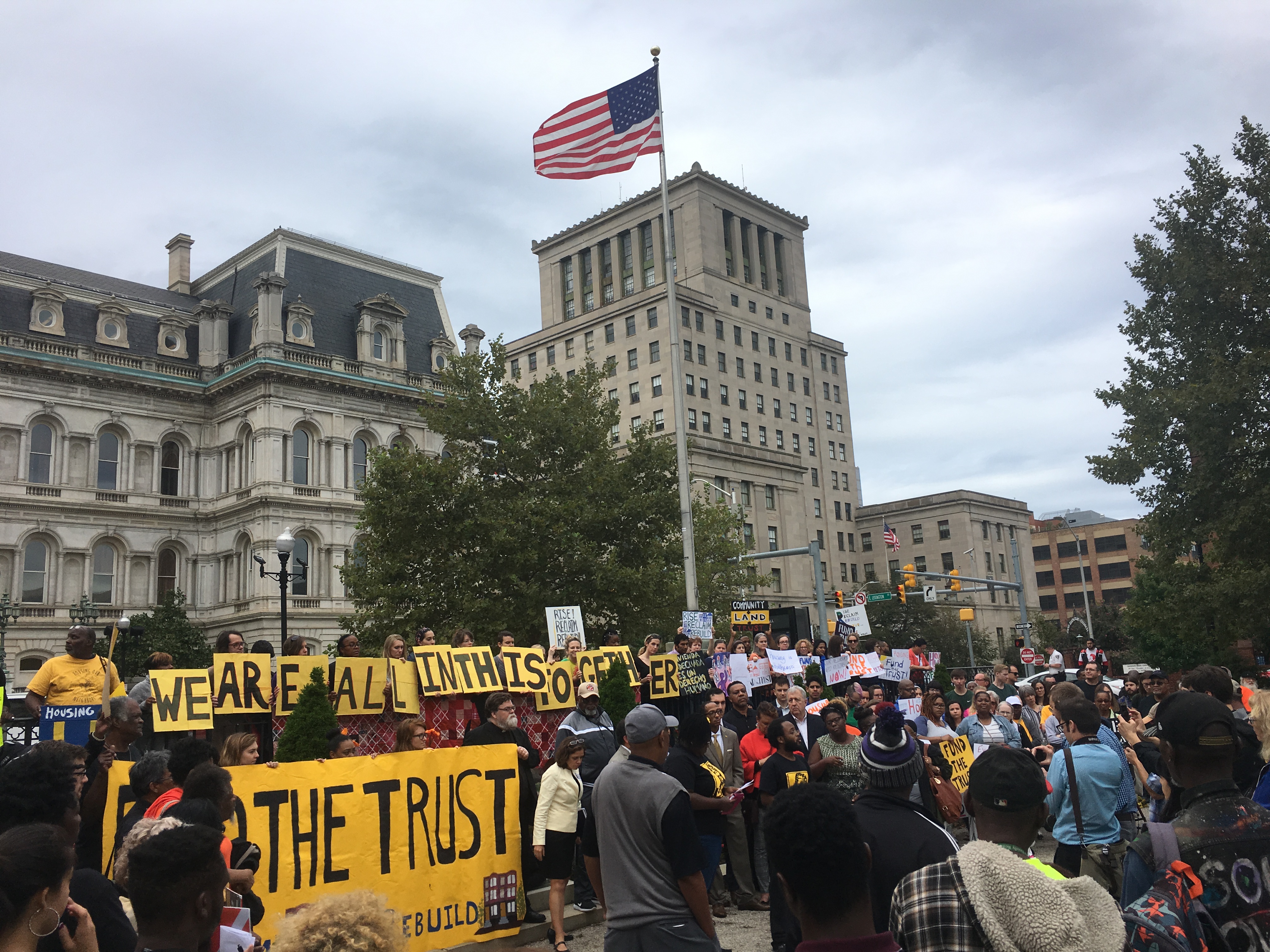 The Fund the Trust Act (Council Bill 0221) was introduced by Councilman John Bullock in April 2018. The legislation creates an excise tax on transfers and recordation for all properties over 1 million dollars. The tax is paid when someone records a loan with the city’s finance department or when the deed for a property changes ownership from one person (or company) to another.

This legislation passed 3rd reader on Monday, 10/29 after a lot of organizing (including two ballot initiatives!) to create the Affordable Housing Trust Fund and pressure the City's Administration to dedicate funding for it.

The Grandfather Clause Part 1:
Transfers of owner occupied properties are exempted from paying into the AHTF for the first two years after the bill becomes effective. Housing Commissioner Braverman estimates that this will cost the fund $395,000 each year, for a total of $790,000.

The Grandfather Clause Part 2:
Developers are exempted from paying recordation fees on construction financing for any projects that secured a building permit prior to the effective date* of the legislation – this exemption lasts for the first 6 months (following that effective date*)  . Budget director Bob Cenname estimates this exemption will cost the fund $361,293.  They will not be exempted from paying the transfer and recordation fees once the buildings are completed and ready to be sold. The 6 month time limit was added to this amendment at second reader on 10/13.

The Sunset Clause:
The city council would have had to evaluate and renew the Fund the Trust Act after 7 years, or else the legislation would expire. This amendment was removed at second reader on 10/13. The Housing Commissioner will still be required to issue a yearly report on the Fund’s progress.

*The Fund The Trust Act goes to Mayor Pugh's desk to be signed or vetoed by November 26, 2018.
*It is anticipated that the legislation will become effective by January 1, 2018.
*The Affordable Housing Trust Fund will be governed by a board of commissioners who have been appointed by Mayor Pugh and are expected to be confirmed by the City Council before the end of the year.
*The Baltimore Housing Roundtable nominees to the board of commissioners and several volunteers are beginning research on best practices as well as the procedures and priorities of other Affordable Housing Trust Funds nationwide.

For more information or to get involved, contact [email protected]!